The Lung Force Walk: We Walked in Memory of Jill 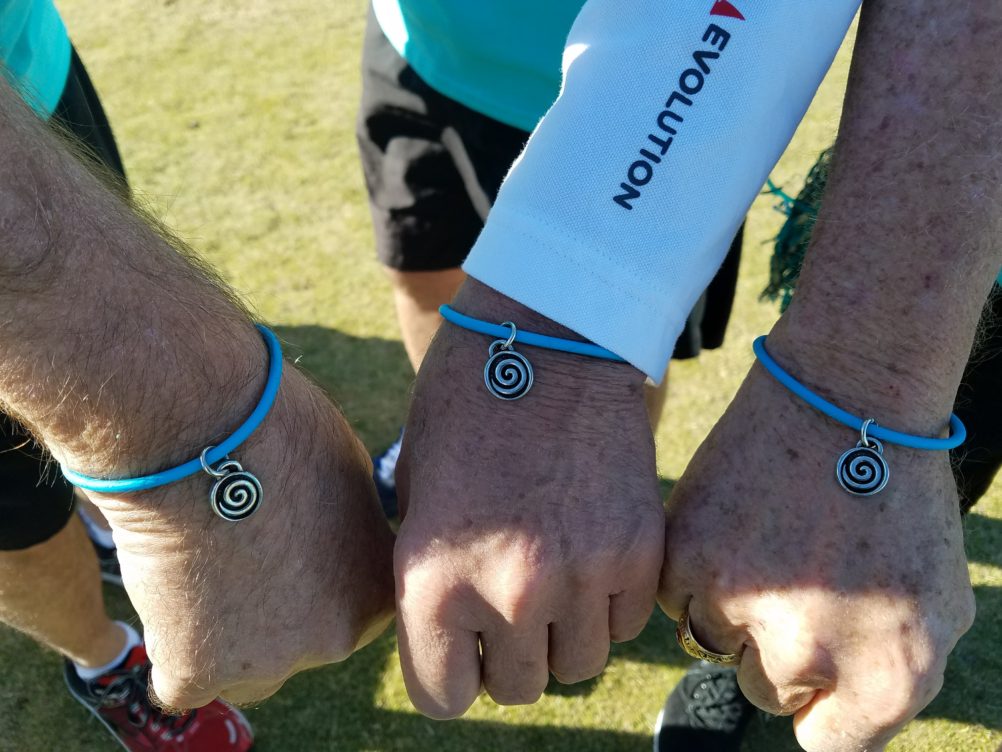 Lung Force: A Walk In Memory of Our Friend Jill

Lung Force is a cause near to our heart. We formed Team Jill to honor our dear friend Jill Hoffman to show our compassion and support for her continuing uphill battle. Jill was battling lung cancer and subsequence brain cancer. Our hope was that Jill, now wheelchair bound, would have the strength to meet us at the end of the walk and we could enjoy lunch together. Sadly, Jill passed away one week before our walk. Now Team Jill was walking in memory and in celebration of the beautiful friend we lost. 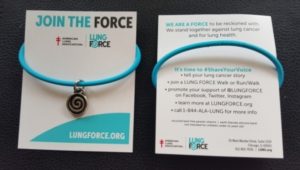 After meeting at the walk we put on our turquoise Lung Force t-shirts and proudly donned our matching turquoise Lung Force GivingBands bracelets. This united us as even more loving friends on a very tough day. As a tribute to Jill, we purchased a happy face balloon and each of us wrote a special message to Jill. We released the balloon together up towards heaven. We lost Jill, but we walked in her honor to raise awareness and funds to defeat lung cancer while raising our voices for lung health. The Lung Force walk turned into a healing event for all of us grieving Jill’s passing.

The GivingBands have provided us with a reminder of our dear friend and a continuous reinforcement of hope and support to find a cure for Lung Cancer. View photos from our Lung Force Walk and Team Jill below.

A Force to be Reckoned With

Lung Force is uniting women to raise awareness and funds to defeat lung cancer. Last November, Phoenix held its annual Lung Force walk at Mesa Riverview Park to join the cause. Women can be a force to be reckoned with and most likely to be affected by lung cancer. According to the American Lung Association, lung cancer is the number one cancer killer in women. Everyone is vulnerable to cancer, but the number of cases found in women is rising steadily. The number of women diagnosed has nearly doubled over the last 30 years. Lung health is a serious issue. 32 million Americans suffer from lung diseases including asthma and COPD. Lung Force is fighting to reduce the effects of lung cancer and improve the lives of those suffering from the disease.

Lung Force unites people across the country to stand together against lung cancer and promote overall lung health. They work to spread understanding of the risks and reasons lung diseases occur. They shine a light on innovations in research that lead to better early detection and personalized treatment. These breakthroughs advance lung health-giving more people a fighting chance. Lung Force is working to make it possible for people suffering from diseases the chance to live disease-free.

Lung Force focuses on uniting women because they are affected by lung cancer more often than men. According to the American Lung Association, every 2 and ½ minutes a woman is diagnosed with lung cancer. Women diagnosed have the lowest 5-year survival rates at just 17.7%. Lung Force works to help give women the knowledge they need to increase the likelihood of making healthy decisions for their families and themselves. This is a critical moment to advance the conversation and expand the fight against lung cancer. 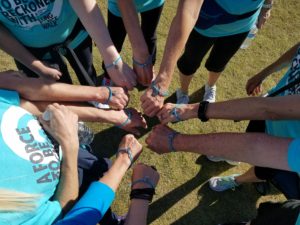 For more than 110 years, The American Lung Association has been leading the charge for healthy lungs and air. They work to save lives every day by working to find a cure, help keep kids away from tobacco, and fight for laws to keep the air we breathe clean. The American Lung Association has made great strides in prevention, early detection, and awareness of lung diseases. They research, offer support, work to lower diagnosis, and improve the odds of living longer. Lung Force walks, expos, hero stories, and events all raise awareness to this important cause.

Photos from our Lung Force Walk In Memory of Jill:

It’s Time to Join the Force!

By giving to Lung Force supporters back the overall mission of the American Lung Association and help Lung Force spread its message. Lung Force aims to donate 10 million dollars to lung cancer research, and 5 million to increasing public health promotion. This includes access to early detection tools like screenings and information about clinical trials. Donations aid the fight for all the people affected by lung disease in many forms. It is important to invest in research, development, and sharing of accurate and up to date information. Women are greatly impacted by lung cancer and other lung diseases. The risk is higher in smokers and former smokers, but women who have never smoked are still not immune. In fact, 20% of non-smoking women develop lung cancer. Join the force and raise your voice to help fight this deadly disease.

Support those who deserve a fighting chance by becoming an advocate, spreading the word, finding an event or visiting their shop.

Bring awareness to your organization, school, or business through the power of Charity Charms!