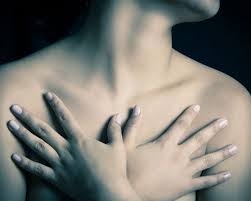 When I found out my girlfriend had lung cancer I was shocked! I thought to myself, how could that be? She is so young and vibrant. But then I learned, according to the American Lung Association, lung cancer is the #1 cancer killer of women. Surprisingly, a recent survey revealed that only 1% of women cited lung cancer as on their minds. This is why Lung Force is such a personal cause of ours.
As the owner of Charity Charms, I knew we needed to get involved. After all our organization exists to support causes worldwide. We must learn about it and help spread the word to others.
To demonstrate the importance of this cause, The American Lung Association has named this November 17 the first-ever Lung Force Giving Day. The day will raise funds to support research and save lives.

Furthermore, I am honored Charity Charms got to create a custom GivingBand for Lung Force. This GivingBand is an important part of the Giving Day and awareness campaign. 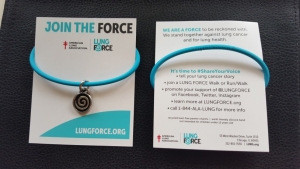 Why a LUNG FORCE day?

It is time for all women and men to get the facts. Lung cancer has been in the shadows for decades. But, for this reason, it’s time to get informed. Less than half of women diagnosed with lung cancer will survive one year. But in reality, less than 1 in 5 will survive five years. In fact, every five minutes, a woman in the U.S. learns the devastating news that she has lung cancer.
Lung Force is a campaign created by the American Lung Association to increase awareness about the disease. The agency plans to invest $15 million over the next five years. With attention to research, public health promotion, and advocacy. They can’t do it alone, so they need us to help raise awareness not to mention funds.
On November 17, thousands will speak up. They will let the nation know that ANYONE can get lung cancer. And to point out every one of us has a role to play in beating this disease.
Join us to support this important cause by visiting the Lung Force Giving Day website.
This year 100,000 women will receive a lung cancer diagnosis. These women are our mothers, sisters, colleagues, and friends. For this reason, do it for them and spread the word using #ShareYourVoice for Lung Force.
Additionally, thanks to Cancer Treatment Centers of America® gifts will be matched dollar-for-dollar. In other words, they will give up to $100,000 thus doubling our impact!
Thank you for joining us to support this important cause! Lung Force is a cause near and dear to our hearts, but we love to help organizations grow.

Whether it’s through donation incentives or fundraisers, we can help!